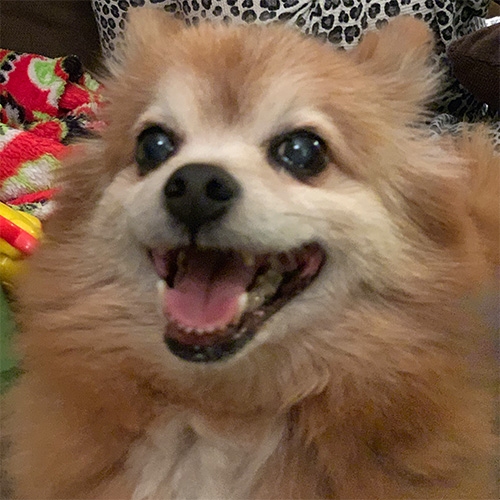 This past week, on November 14, 2022, we had to say goodbye to our longtime companion of 17½ years, Bruno. It’s been tough adjusting to life without him. I wanted to honor him in some way and thought a blog post would be a nice way to pay tribute, capture some memories and reflect about what he taught me.

Bruno was born on May 10, 2005, about 6 months before his mom, Felicia, and I started our relationship. He managed to escape from his yard and was struck by a vehicle. He was seriously hurt and required emergency surgery to repair his hip. Some sort of metal plate was inserted and he was sent home to recuperate.

My first memory of him was when Felicia brought him to my apartment in a cardboard box. He was such a little guy; basically immobile and confined to the box so his hip could heal. Bruno relished any attention he could get and was more than willing to give you his love in return. We became fast friends. I was not alone in that regard. To meet Bruno was to love him. There were zero exceptions to that rule.

He made a full recovery, metal plate and all, and was there to walk the bride down the aisle 6 years later in our 2011 backyard wedding. Somehow he managed to sneak out of the air-conditioned house and make himself part of the ceremony. He appeared in front of the bride in the staging area (I don’t know what else to call it), and led Felicia and her dad by about 10 feet all the way down the aisle. Then he went and hung out with my stepson, Michael, to watch the proceedings. It was a very hot day - topped out at 103+. Too hot for our cake to survive, but not hot enough to discourage Bruno. 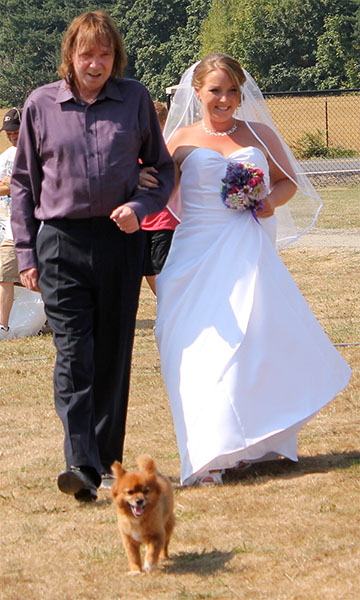 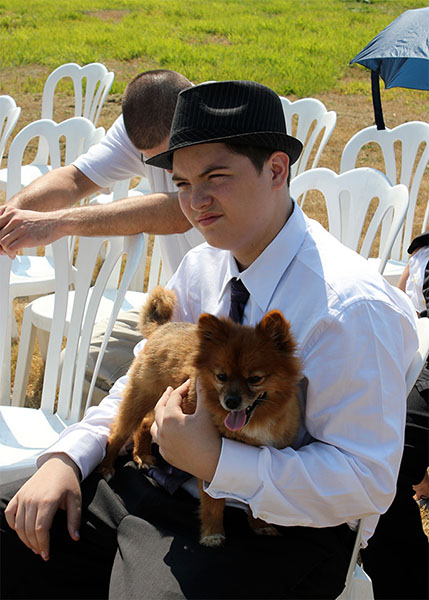 A few years ago, when we suddenly lost our cat, Jocko. My friend, Tim, suggested writing out 10 things that I had learned from Jocko. I found going through that process to be beneficial and am going to do that again here, for Bruno.

Here are 10 things that Bruno taught me 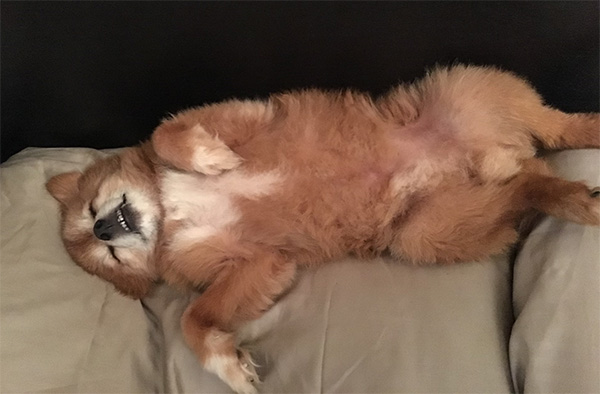 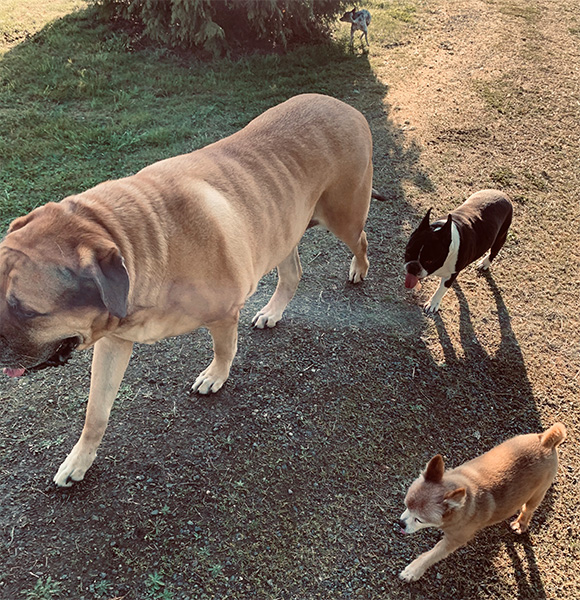 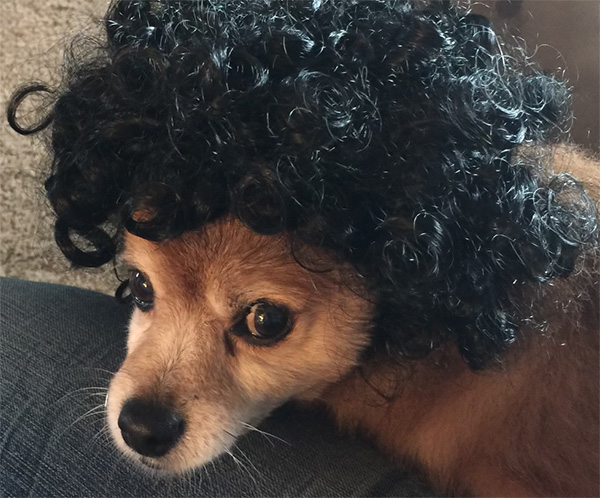 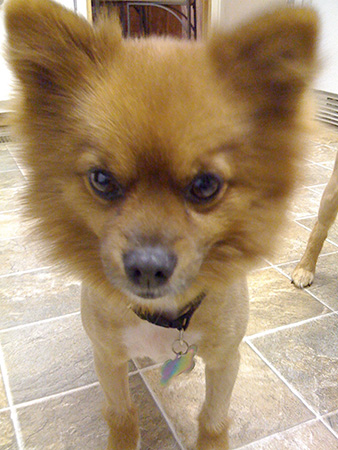 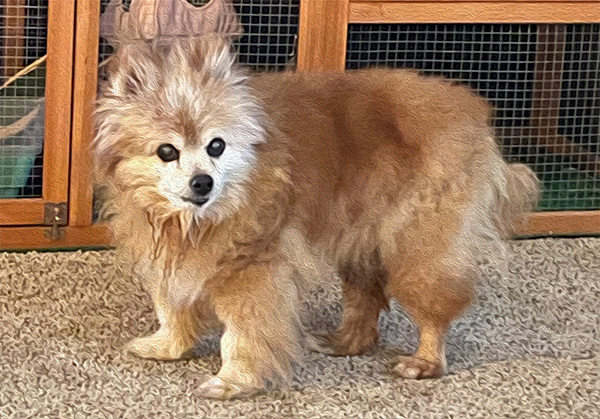 I hesitate to call that a top ten list, because it’s just a snapshot of what is top of mind right now. Bruno will continue to bring a smile to my face any time I think of him (which will be often), and he wll forever own a piece of our hearts. 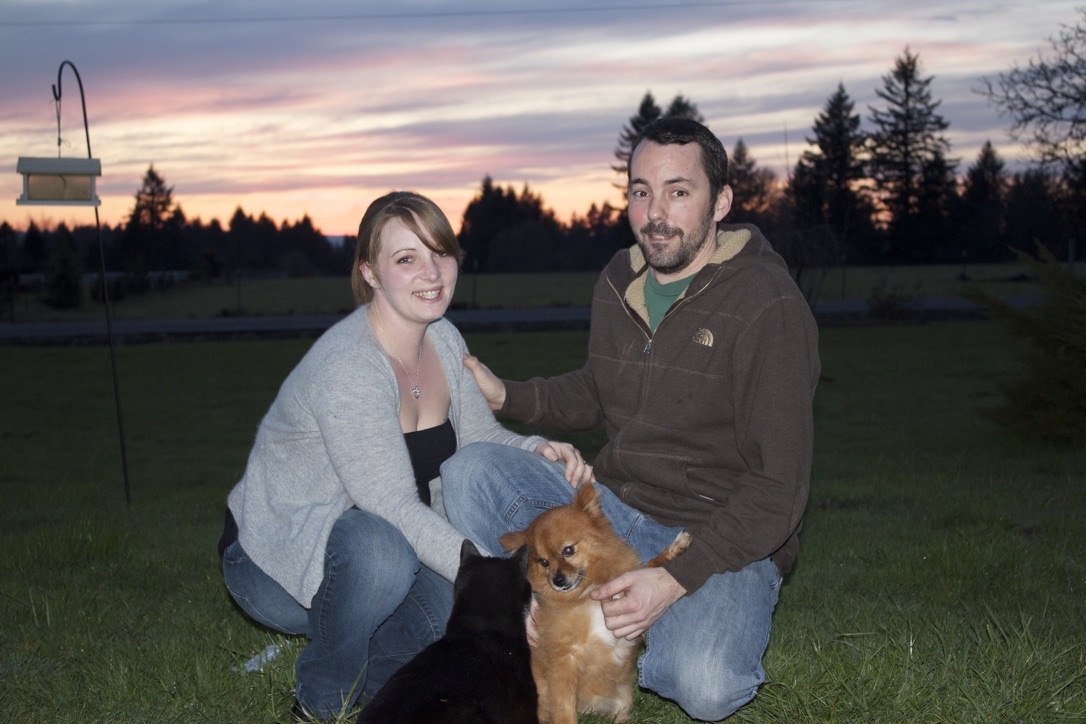